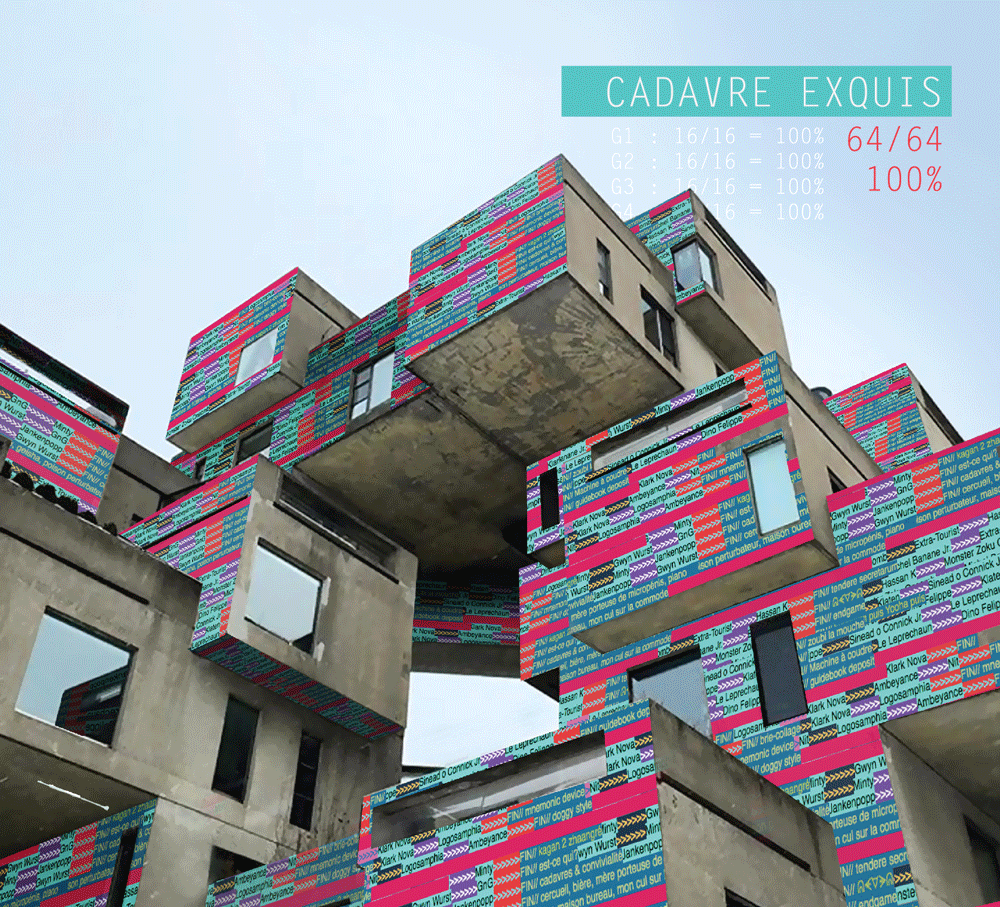 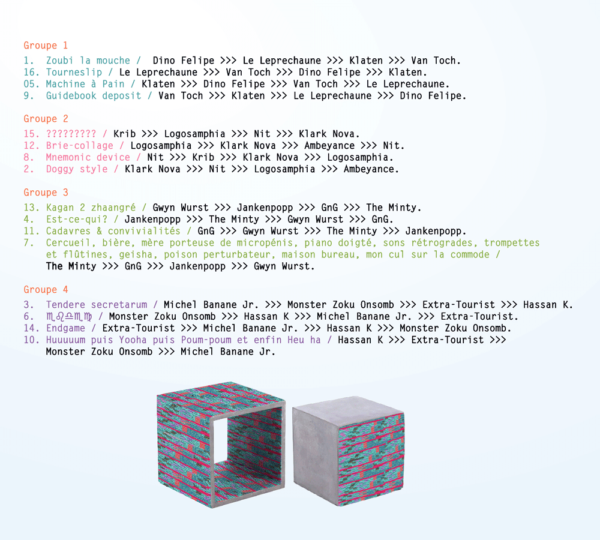 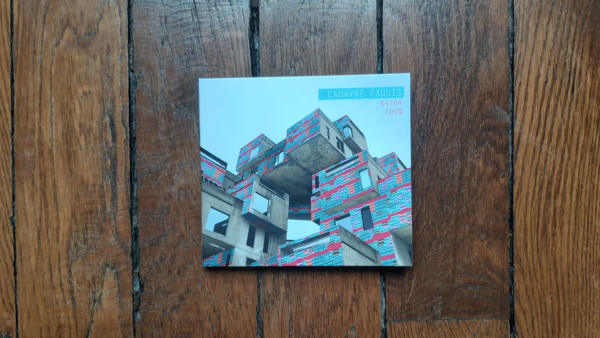 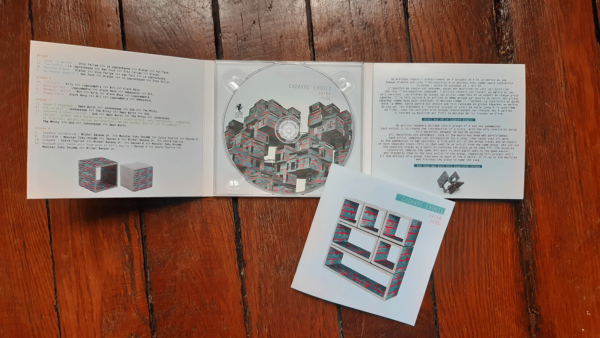 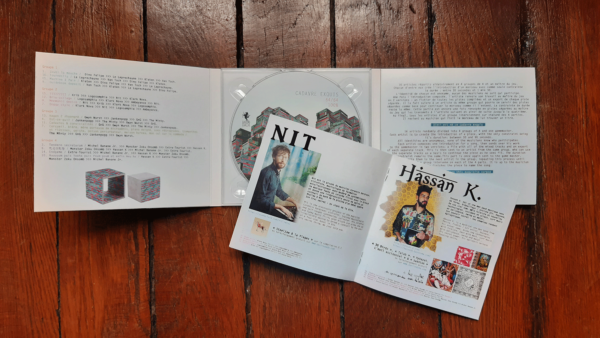 16 artists randomly divided into 4 groups of 4 and one game master. Each artist has to create the introduction of a piece, with the only constraint being its duration: between 30 and 90 seconds.

All identities are anonymous, none of the musiciens know who participates. Each artist composes one introduction for a song, then sends over his work to the game master in two versions: a file with all of the mixed tracks and an export of each separate track. This is then sent to an artist from the same group, who can use the separate tracks as a basis  to continue the piece as he sees fit. The duration constraint remains the same. This part is once again sent to the game master, who transmits them to the next artist in the group, repeating this process until all the artists of a group intervene on each of the 4 parts. It is up to the musician who finishes the piece to name the song.

And thus was born this exquisite corpse.