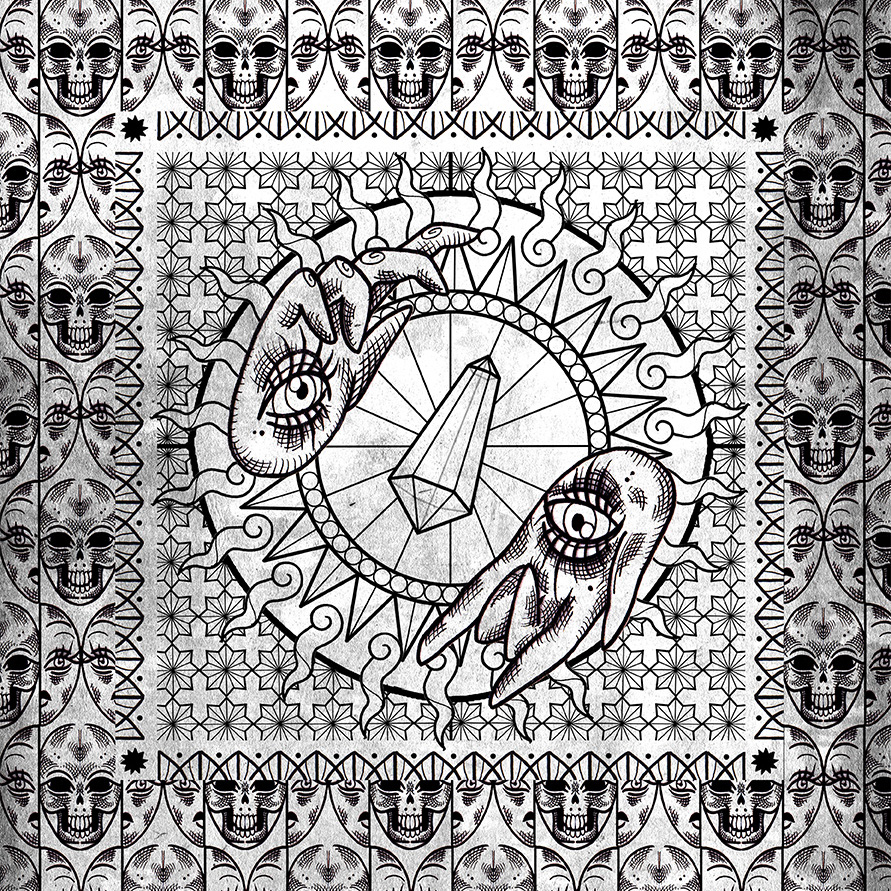 This sentence is taken from Western Exile, thoughts and mystical story of the Persian philosopher Suhrawardi. It sums up the album. Hykayat in Iran, is a mystical story. Western exile is a journey to the celestial pole, to immaterial palaces.

This album is a tribute to the Persian thinkers and scientists of medieval Islam. It invites the listener to travel throughout eastern lights, axioms of creative imagination that influenced alchemists, mathematicians, astronomers and western philosophers. It was designed to stimulate your light guides to accompany your souls to the house of chants. It passes through time and space through hybridization of genres, rhythms and tones (metal, swing, electro, rock, philharmonic…).

It’s a light album: live performance is played on stage with lights DMX reacting to sounds. The album artwork is black and white, inviting the listener to focus on sound work, on composition and to develop a photism experience (feel color through another sense than vision). Live performances are still ecstatic, energetic, wobbly and increased by some unusual instruments like a guitar tuned with a wiimote, a MIDI flute, and sometimes a robot santoor.